March seems to be marching away at  great speed. Last weekend, I had the wonderful opportunity to visit Unwind Retreat 2016 which in my head I renamed as my  Yarn Tasting Retreat 😄

I was more interested in checking out the different yarn available there than anything else!

This was my first time ever at a fiber retreat. I didnot know any one there and was most of the time contemplating reasons to not go.Because I was SO nervous.

At the Registration I was  greeted by a sweet lady which kind of put me at ease. Everyone who went there got a nice bag with goodies and lollies from the vendors there.

The vendors were all wonderful and I got a chance to meet a few of the yarn dyers whose work I have admired online.

I was just overwhelmed looking into the trade hall. So many colours and so much yarn.

I was not sure if photography was allowed inside as I didnot see any boards that said no photographs.Nervous as I was , when I whipped out my phone to get a pic of all the yarny glory spread out in the room,  i saw a lady on the sofa give me hard looks that I quickly put it back in 😊 as fast as I pulled it out. I should have asked at the registration place. Hind sight being 20/20 and all that. Well I’ll live and learn 😄

However, I did come back with a big haul. I had saved all my pennies just for this event ,right from the time J got me the tickets as a birthday and wedding anniversary gift. 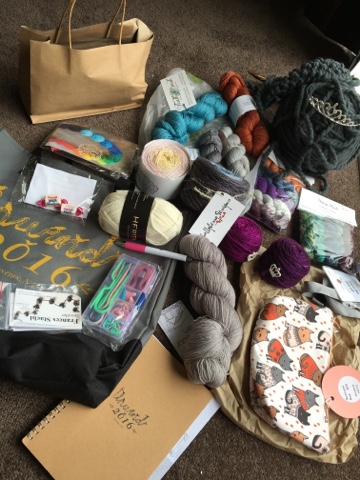 The yarn that I was most excited about though was the Queen Bee yarn by Outlaw yarns ,that made its debut here even before it made its appearance in the stores. 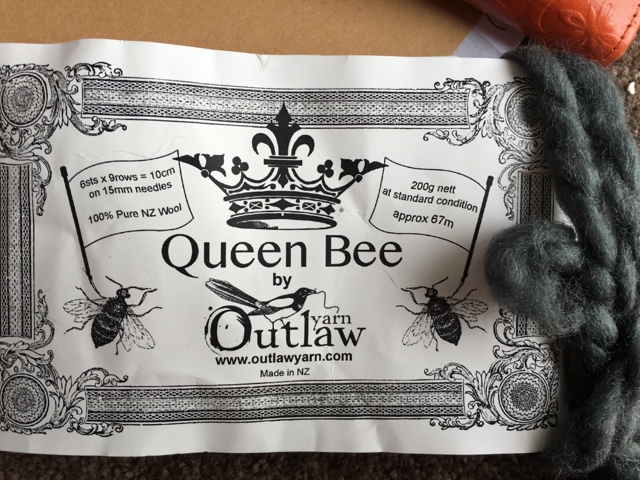 Isnt that tiara just beautiful ?! It said “Don’t let anyone dull your Sparkle ” on the cover. That was the complement from Outlaw company . So appropriate!

This is a chunky 100% NZ wool yarn. Soft and squishy with a lovely spring to to it. 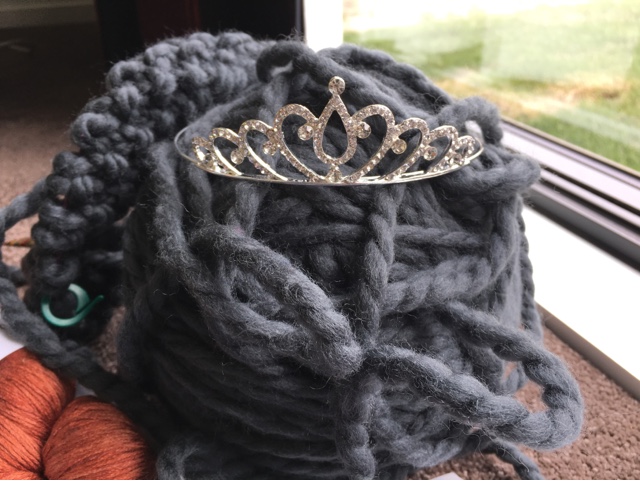 I quickly cast on a seed stitch cowl with 12 mm knit pro symphonie circulars. It would be great for quick projects. Easy on the hands and a generous 200gm/ 67 m ,It took me one and a half skeins and one day to make a luscious  squishy double wrap chunky cowl..

There were colours like a nice leaf green, cream and Ice blue grey on display at the booth. 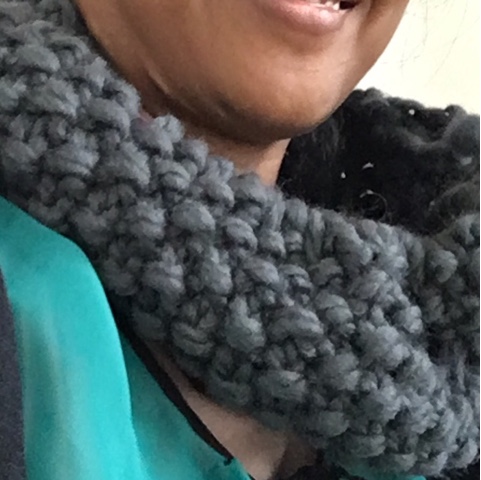 After I finished the cowl,  I wanted a more snug fit and so I frogged it twice to get the numbers right. The yarn has surprisingly held its shape.It felt so cosy wearing it around the neck  . No scratchiness at all! That made me fall in love!  It’s my favourite now and I want more! I’m particularly eyeing the cream and Ice blue.

This site uses Akismet to reduce spam. Learn how your comment data is processed.